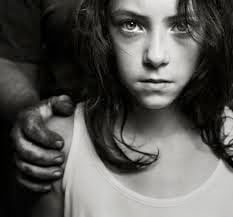 Sadly, Denver Child Abuse Defense Attorneys are in high demand in the state of Colorado due to the unfortunate number of child abuse cases presented to the courts  every year. An act of child abuse could be physical or emotional, and can be performed by the child’s parent, babysitter, teacher, doctor, and so forth. As children are generally incapable of taking care of themselves, they require an adult to guide and supervise them.

If the parent or caretaker is abusive, it could lead to severe trauma for the victims and scar the rest of their lives. One of the main factors that Denver courts consider in child abuse cases is whether the child actually suffered injury or if he/she in danger of potential injury. This element could have severe implications on the outcome of the case.

If you’re found to be guilty of the crime, you would have to face stringent penalties and you will not be allowed to be anywhere near the child, too.

Many child abuse cases are not what they seem because of the increasing number of false and wrongful accusations. An apparent sign of abuse does not necessarily mean the child was, in fact, abused. Due to this, an experienced Denver child abuse defense lawyer is extremely valuable, and anyone who is accused has the right to defend himself or herself.

You are presumed innocent.  Protect and Defend your rights.

Even a false accusation of child abuse can have a negative impact on the lives of you as well as your family members. These cases are handled with care and discretion in the courts of Denver. Child abuse cases are treated in a sensitive way and investigated thoroughly to determine the best course of action. Whether there is a serious injury or a risk of injury, it is called child abuse.

Depending on the case, there could be a wide range of penalties for the accused in court. Child abuse is broadly classified into several types, some of which are described below.

You have rights. Defend them.

Get a free evaluation

Seek the help of a Denver child abuse attorney

When it comes to child abuse, sexual assault on a child, and other crimes against children, even more than in any other area of criminal defense, it is critical that you get a child abuse lawyer who has the experience to protect you during all stages of your case. You want an experienced criminal defense attorney who has been in the battle to honestly analyze your case.

If you are guilty as charged of sex assault on a child, it is important to present mitigation to have the best chance of avoiding an indeterminate life sentence in the Department of Corrections. Often an offense-specific evaluation and starting treatment will allow you to avoid indeterminate sentencing.

If you’ve been charged with child abuse or suspect you may be under investigation, you need to speak with an attorney to begin your defense. Whether you committed the alleged crime or were falsely accused, Denver attorney Richard Huttner will fight for your rights and work to defend your freedom.